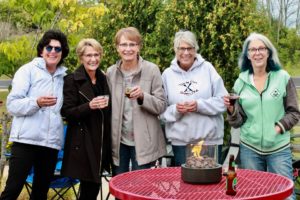 Join us out in the peace and beauty of the Luxembourg American Cultural Center Gardens for a relaxing summer evening of live music, food, and Luxembourgish beer, wine, and cider.

There is no cost for entry. Bring along a chair and come take advantage of the beautiful Wisconsin summer nights!

Music will be provided by the amazing award-winning Milwaukee artist, Ryan McIntyre.

Ryan McIntyre is an award winning Singer/Songwriter hailing from Waukesha, Wisconsin. Ryan performs over 225 shows a year, making him a staple of the Wisconsin music scene. He makes his music with a combination of tasteful, memorable, storytelling melodies and lyrics that will please fans of pop, rock, and country.

While becoming one of the areas most sought after wedding vocalists, Ryan has also been hired to provide entertainment for some of the biggest corporations in the state during the holidays and summer months.

McIntyre is a 7-time WAMI Award winner (Wisconsin Area Music Industry) – including a Male Vocalist of the Year award. He has also been awarded the “Best of Milwaukee Acoustic Artist of the Year” by Shepherd Express. Ryan’s original music has been featured in television, film, and commercial work including songs aired on HBO, Showtime, Disney Channel, and Discovery Channel. Ryan was also invited to the “Nashville Round” on the 6th season of NBC’s Nashville Star, placing him in the top 50 of over 20,000 contestants.